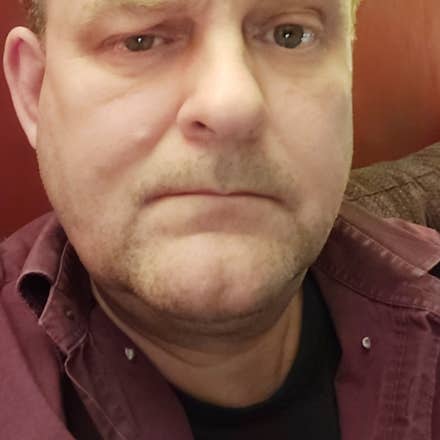 OK, let’s delve once more into the magical shoebox of unused songs…

I’ve already recorded several that were written in 1994 (Sleeping with the Ghost, Elizabeth’s Room, With Mum Again, If You Knew, A Hundred and Twenty Pound) and I still have several more to come from this extremely productive year - some of them will be quite difficult to do any justice, hence why I’ve hesitated over the years.

Originally, this weekend, I was going to work on the easiest of the bunch, a song of excess and regret called Suite 109.

But then when Ennio Morricone died last week I remembered that one of these 1994 songs was written with a guitar part that I was SO proud of… only to discover later why it seemed so good … I was quoting one of my favourite guitar parts from my youth: the theme from a Fistful of Dollars!

So I decided that this was a sign… it was finally time to attempt to record this one. And to resurrect the part I originally played when I wrote it.

In Your Hands is one of a pair of songs that I wrote on 31st January 1994, and the two kind of go together. Each is kind of a response to the other. So I shall prepare the other one, Little Thing, and hopefully have it ready for posting next week.

I’m rather fond of In Your Hands, even though I’ve had trouble singing it over the years, especially the last verse.

Anyway, here we go, just me and an acoustic … (and a capo)(and new mics for recording acoustics, already used on Edith, actually, but bought for jobs like this) … live in the broom-cupboard yesterday morning.

There was a LOT of swearing and it required many takes…

I nearly gave up in a fit of “I’m crap”, but I finally got through it in one piece…

EDIT: Some background, because several folks have asked. The “You” in this song are twin boys who were 2 at the time. In the next one, Little Thing, the “You” is me. The personal background for me, and why this song changed in meaning, was that, out of the blue, Mummy left Daddy and took these guys with her ten months later. 1994 was a really good year for songs, not so good for some other things!

In Your Hands - A A J Russe

My credo belongs to this and many of your songs. The only old songs are the ones that have been on the top of charts. Everything else is brand new, mostly unheard and on it's way to the charts. You have great music. I hit the strip like the super ego driven organ grinder monkey I am. Nothing can truly put words to the experiences of 76 to 96 and so on

Exhales...man. I'll just say this is really, really powerful. And tough to listen to since I think I know where this is from. On a production note, whatever mics you are alluding to where a good acquisition. I love how your acoustic has been sounding on these cuts this morning.

Great stuff the lyrics moved me and I take pride In being a stoic The picking style is driving in an old timey way This is really fine good work , Andrew

Another keeper. I love the guitar playing. It’s one positive thing that has come out of this mess that everyone is in. Some great music is surfacing.

Wow..... just wow. Between the shoebox and the broom closet there is a magic Songwriting genius machine. This one choked me up. So so sad and so well done.

You is the most important word in songs. I learned that from a poet named Shannon Elizabeth on Facebook. Thank you for telling me more. Once we've captured a story in a song some of the confusion from the time is illuminated. We don't ave to cling to is, so as not to lose the memories.

What a fine vocal. The intensity! And that very folky guitar snags me deep. So many stabs at the heart in your lyric. Trying to figure out who You" is.

It was definitely worth perservering with - love the melancholic vibe

Well you’ve proved to yourself your not “crap” reminds me of something my father would say to me time and time again “ don’t touch that you’ll break it “ and I normally did. Pleased you saved this one from the shoe box an excellent lyric love it pie pod bound along with all your others 😁