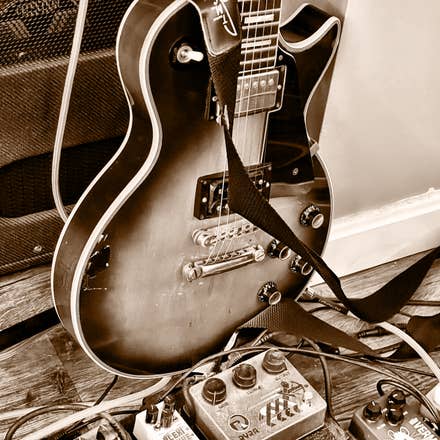 The RPM Challenge’s Record Every Month (REM) challenge lives. April has a song. I wrote it and recorded it all in the last week of the month but who cares, it’s done.

The guitars are all my Gibson SG Standard into a Vox AC15. I’m downsizing the recording nook a smidge. The rhythm guitar tracks used a Dunlop Crybaby wah (the Gary Clark Jr signature. It’s good, but the Joe Bonamassa signature on my big pedal board is better) into a Chicago Stompworks Blooze Maker and a Ryra The Klone. I used the same setup for the lead guitar at the very end of the song (the part over the wah’d rhythm guitars), and the rest of the leads swapped out a Chicago Stompworks Mr Vermin in place of the Blooze Maker.