i like it. a bit distorted in the left channel during the guitar track, but other then that it sounds great!

All your tracks have really great grooves to them. 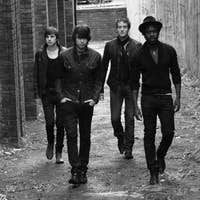 Isolated Atoms formed in February 2008 in the Black Country, West Midlands. They play serious, mature and intelligent rock music with an exciting edge. They are being tipped by many to be the hottest and most professional undiscovered band in the UK.

Isolated Atoms do things a bit differently. Their name reflects their music, as it’s intense, moody and dark (Isolated) while being energetic and explosive (Atoms).

from The Black Country, United Kingdom