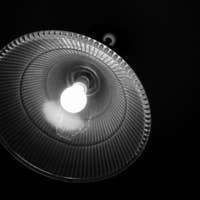 Out The Window 2 (First Part of the Programme)

Plucking of the “wrong side of the strings” on my jazz guitar. Rhythm made with an espresso machine.

I tried to do 2 main things here:

The tune finishes with this battery powered monkey. I once brought this particular monkey to an improv session in Santa Fe called “The Hat Series.” One would show up with an instrument, write your name on a piece of paper and place in a hat. The moderator would then call names (2-5 at a time) and those people would have to get up and play a piece of music.

Other non-musical folks were allowed to participate too, so sometimes you’d have a dancer or a visual artist accompany the improv. It was a bunch of fun (and often very funny) to watch people have to create music on stage without ever meeting each other, speaking about ideas before, etc.

Once, I decided to be a smart ass and show up to this ‘hat series’ with this monkey that clapped it’s hands (with cymbals), squealed like a good monkey should and of course had a bit of circus music playing out of some 75 cent speaker. My name got called with only 1 other person (which was unfortunate, I was hoping to be a smart ass and just punctuate a piece of music with clapping and squeals). However, not only was 1 other person involved, but the person I got called with happened to be….a dancer. Yeah.

So it was just me and him on stage in front of about 30 people, improvising a piece - me “on monkey,” desperately trying to make as many noises as possible and give the dancer something to work with.

This is very special. I really love the canon/chord you built from the First Part sample.