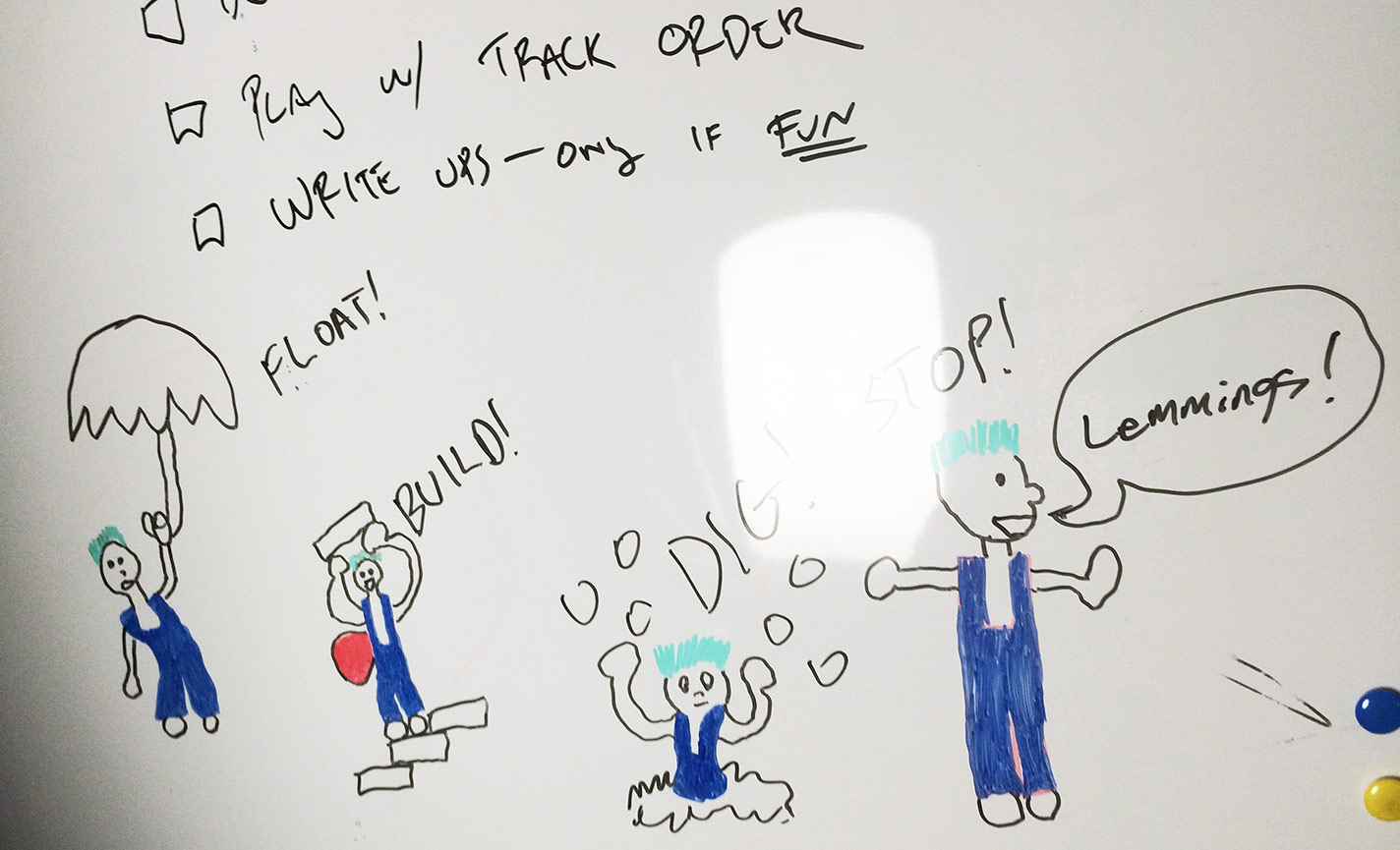 I had a very simple goal for this track: 10 minutes of four-on-the-floor kick.

Outside of that, anything goes. Have fun, don’t worry about where it’s going, etc.

I wanted to get Markus to play violin over the chords. He got excited and had the idea to try and write a 4 part “string quartet” section.

At some point I became obsessed with electronic kick drums. There’s a lot of mystique surrounding them them. Every producer seems to have a personal recipes on how to build the perfect thumping kick.

I started analyzing them to see what they are made out of. The top two visualizations are from tracks I find the kick pleasing in, the bottom two are from logic’s default kit: 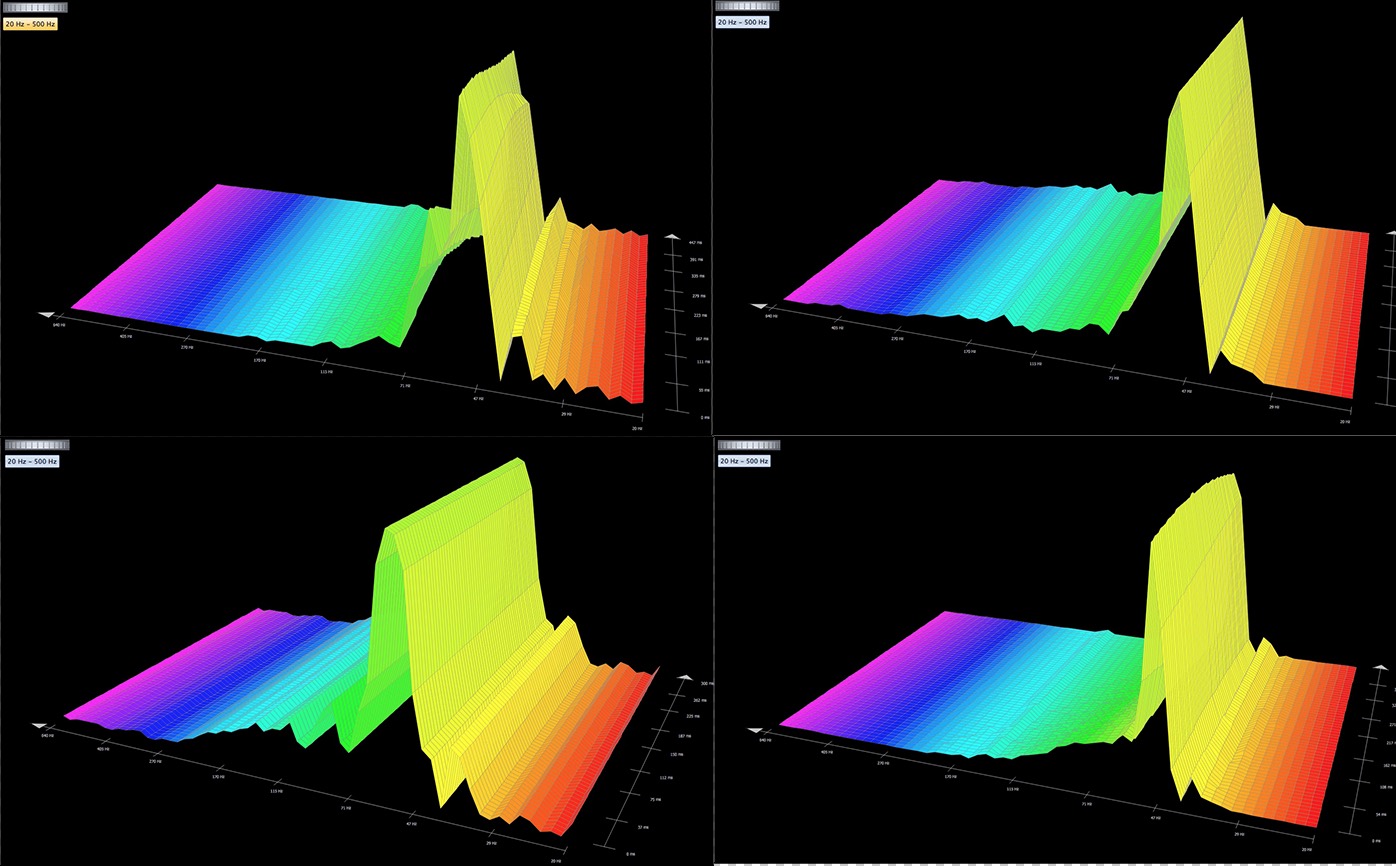 Here is what this particular kick I built for lemmings looks like: 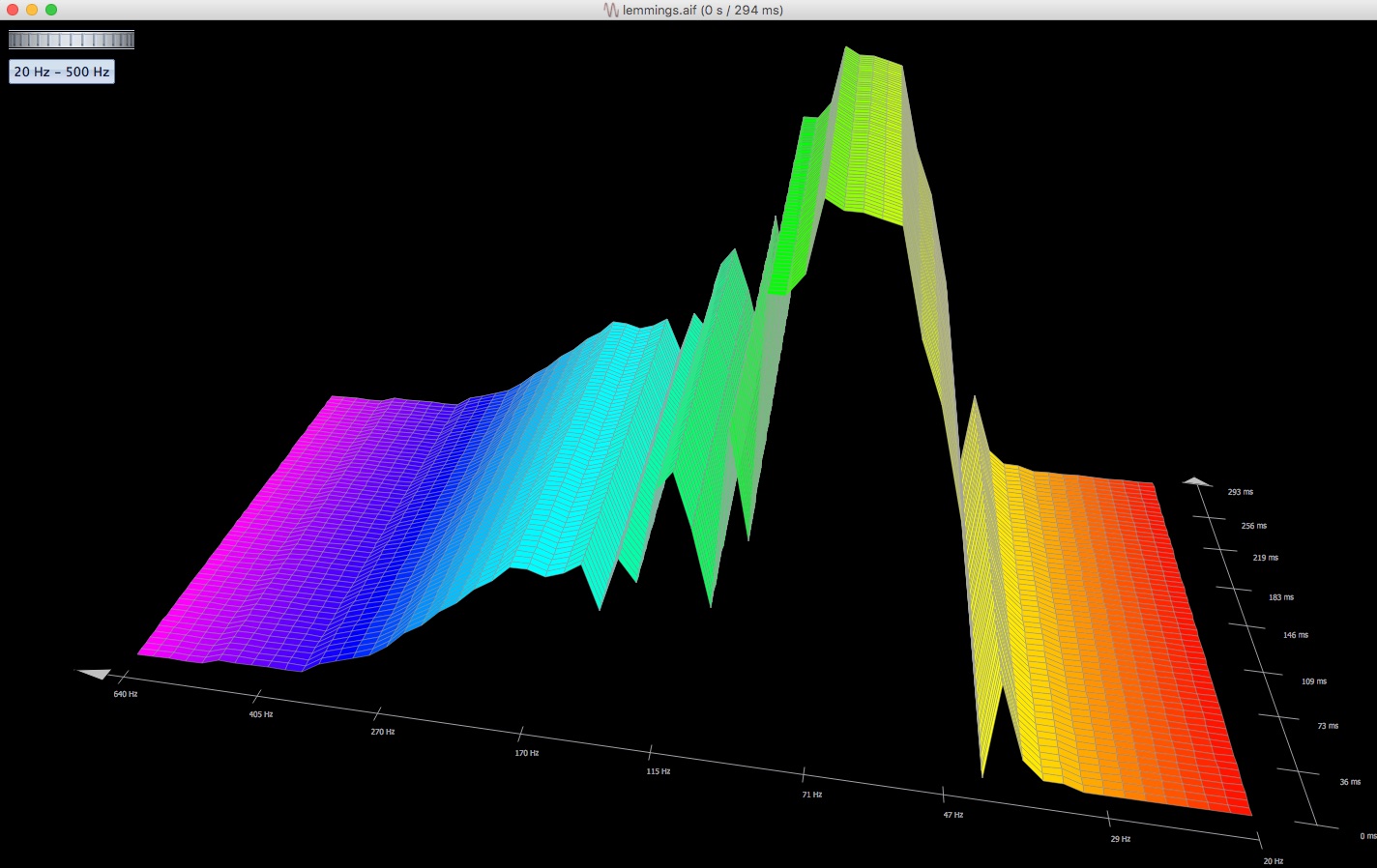 Interesting how much thicker I wanted this kick. After seeing these visualizations I tried to make the kick sharper, like those other kicks above. But it didn’t sound as good.

Other interesting things about this track:

Here is what the clapping section looked like to sculpt.