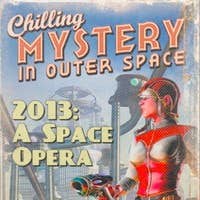 A very slight excursion (a song-ette) where I’m seeing if I can sing lower than the Uke I’ve borrowed (I can). I’m making up the words as I go along, but seem to be channelling rather depressing subject matter. With this recording, pace is everything - one mic - trying to capture things as fast as possible rather than craft and sweat.

Part of my ‘Ooohing and Uke’ series.

Written/recorded in a couple of hours spread over 8th/10th Oct 2013.