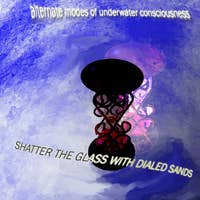 Shatter The Glass With Dialed Sand

I went a little sample crazy this year for the RPM challenge. (This song is the tip of the iceberg, and then it gets far worse.)

Thematically, I guess this one resulted from spending a month between the hospital and a rehab facility last year due to a busted leg.

2/26 - Dropped the master level slightly, to address clipping. I think it sounds better now as a result.

You should expect a call from next sonic developer :)

Every detail here has been carefully considered and harmonized in relation to the final result. This orchestration intellectual leaps immediately to our perception alerting our affective memory connected to the long journeys hearing of the pleas of progressive music we all had heard for sure. Incredibly great!