Back to A Relative Term's profile 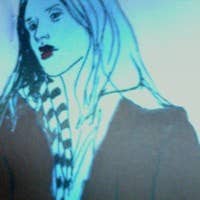 by A Relative Term

lyrics:
It was spring time, or their time depending on which one you asked
how much it mattered to two birds flying away from the cold.
She sang and he’d swing, together a flight all their own on wings she swore were made bigger as they had flown to make a home

This is something Conor Oberst wishes he wrote.

this song is beautiful.