This is really catchy -- I like the groovy bass line and guitar-playing. 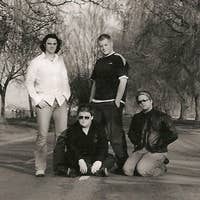 Civilian are a four piece band from Peterborough, UK. They have been around for many years in various guises and have managed to create one of the loudest noises you’ve never heard.

The album “Civilisation” was recorded over a period of months at Fizzy Records by Danny Spence.