i could eat this for breakfast..yum stuff 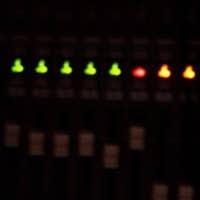 Colonel DeBeers was a short-lived Free Associative Noise outfit formed in the dark of winter near the turn of the millennium. Their legendary first show took place on January 22nd, 1999 at a porno movie theater in snowy Portland, Maine. They proceeded to wreak havoc upon the New England music scene during the winter and spring of that year. In the process, their constantly evolving lineup assaulted their audiences’ senses, confounded sound engineers, enraged venue managers, and narrowly avoided arrest for their onstage antics, earning them tacit banishment from TT the Bear’s Place in the process. Their final show under the DeBeer’s moniker took place on May 13th, 1999 at the world-famous Stone Church in Newmarket, NH. The recordings presented here for your listening pleasure are the bookend shows, the alpha and the omega, the only surviving record of this leviathan of free noise.