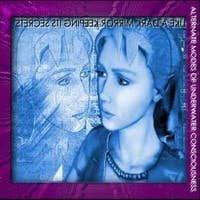 A Dark Wave For The Light People

Hurtling towards oblivion thanks to a giant catapult owned by a foul-mouthed voodoo child, he sends a final lewd finger gesture back to the world he sought escape from.

Unbeknownst to him, Voodoo Boy may have a vested interest in using him to score a cosmic hole-in-one.

love that exotic lead rhythm, that could've kept going, and the beats...reminds me of my own stuff :)