Back to Letter Seventeen's profile 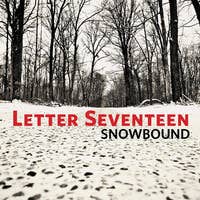 A very strange spy story, co-written by Keith Landry. We were trying for wacky. We succeeded.

Raised in the Ozarks in witness protection, his parents turned on the mob
As a boy, he loved “We Are the World,” now saving it is his job
A master of mystery, even he’s not allowed to know his own name
He wants to live forever, in the eighties he landed a role in the movie “Fame”

Master of gadgets, modern-day James Bond, like Batman in plaid shirts and clogs
Likes to say danger’s his middle name, at least according to his mom
It all sounds surreal, this modern-day hero, but every word of this is true
You may laugh now, but when the tables are turned, you’ll be glad he’s here to save you
And then there’s the part where the hero gets the girl
Our man, he always gets the girl
By hook or by crook, the hero gets the girl
And you know HEMANTIS will always get the girl