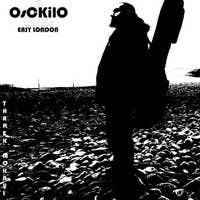 This was a Track Created in around Two Hrs…

I Wrote the Music after daydreaming about going to The French Riviera….

Posted the Track on a Web site, and within minutes, an Awesome Musician from france, “Daniel DeSete(That I hadn’t spoken to before), was putting a Vocal on it..!!!

I Love the places where music can take you sometimes..

Thanks For the Vocal Daniel!!

Brilliant! You've transported me to a back street cafe in France, at midnight, and it's dark and compelling and I completely have my eye on the brooding fella in the corner.

Nice one mate great vid. Cool track mate. Thanks for your recent comment mate. This is a great mix mate very cool.

Coo, I love this and really enjoyed the video. Beautiful music and I could listen to Daniel all day.