This composition is a remix/reincarnation of a [previous tune](http://alonetone.com/gcd/tracks/seven-flavors-of-milk) I wrote a while back. I wasn't ever quite satisfied with it and had neglected to incorporate a nifty additional bit of melodic…
Uploaded March 16, 2010 10:04pm
View Track Detail Page… Track Details…
332
10
edit mark as spam

This is nuts. In a good way. 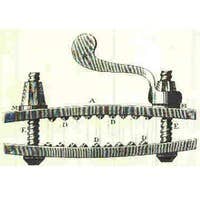 Mark Cook of Herd Of Instinct and myself (Joe Silence) were in this band together in the early 90s. Our music was influenced by Japan, Pink Floyd, Einstuerzende Neubauten, Nick Cave, King Crimson, Bauhaus and The Birthday Party.

When our drummer was diagnosed with cancer, he (understandably) resigned and we dissolved the act shortly after.