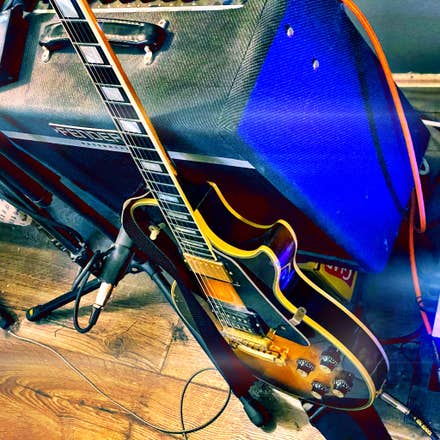 Usually when I do an album in a month thingie the first idea that comes to me ends up being the best song. Not this time. This song is the first of the month and I’d give it an “eh” at best. King Crimson fans might get a giggle of pity out of my very much intentional lifting of a little bit of Starless. You’re welcome. Also, the downside of writing the lyrics off mic is that you might end up rhyming ours with hours and not catching it until you’ve already finished singing it. File under: Ooops.

The guitars are all Gibson Les Paul Custom through both a Vox AC15 and a Fender Bassbreaker 15. The pedal chain for the rhythm tracks is a Klon KTR into a Keeley Super Phat mod. The leads are the Klon into a Malaise Forever Black Lives Matter and a little Donner Yellow Fall for some slap back.