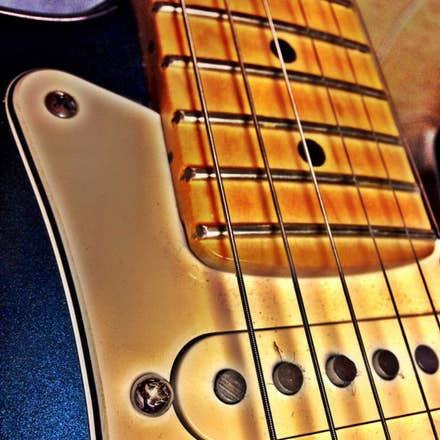 A little mini-suite. I had my 10 songs underway for my June album in a month project and like a doofus I threw together an extra song at the last minute, and made it three songs in one. (I then added two more, because I’m dumb).

Mostly this was an excuse to add an acoustic guitar (my Takamine 12-string) and a Gibson electric (ES 335 Pro) to a project that had been 100% Stratocaster to that point.

One night recently my two step kids and I all had a really difficult time falling asleep. That lead to some anxiety among the kids who thought that the inability to sleep was a sign that there was something wrong with them. I reassured them that it happens to all of us once in a while and that they should just relax, and then I wrote a song about not being able to sleep because of nightmares. I am a lyrical hypocrite. Accept it, I have.

Nice flow to this number. The 12 string is awesome. Perfect addition.