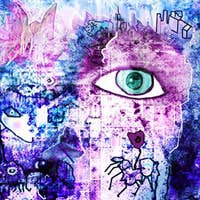 The last track from my RPM Challenge album, “The Loudest Silence”.

The story is loosely based on something I read, but there’s a lot of poetic interpretation involved. It deals with people who spend a lot of time staring at the stars - like the gods and goddesses of yesteryear, they’re destined to end up amongst them someday.

big yes from me! love the synth especially...