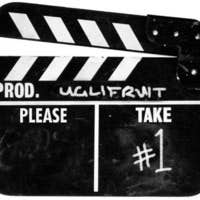 04 The Trial Of Johnny Temperate (Part 1)

In which Johnny tries to betray Angela, whose suspicions are raised when Jenny calls.

In which we learn about Julia’s involvement in the affair.

And Angela answers
No John is working late, my husband isn’t home
Knowing that this wasn’t a cold call like it claimed
A nervous girl’s voice more pitied than blamed
Will Johnny be good tonight?
He could and he should

And she remembers the aisle

But what of Angela
Is she the girl that he loves?

There's no point in reviewing your songs individually. What can one say about your music that hasn't already been said? It's all just so stupifying. Why aren't you world famous? (then again, maybe you are and I'M the one out of the loop.) Nevertheless -- love your stuff. Every freakin' perfectly place note!

Beach Boys meet The Beatles, Quite Cool. Track 2 and 4 my Fav's!

This album is very captivating. You definitely wear your influences on your sleeve, but it's a certainly a good shirt. This is playing like a concept album - is there a theme to all of this? I'm detecting links between the various tracks.

like the storyteller style to this.. hope this isnt a bad thing to you (isnt to me!) but i'd liken this to 10cc. 2.38 - very interesting section!