What kind of music do you think I’ll make when I’m 94? I been rolling like this for 25 years I hope I do for 50 more. Because I like to rip it up, I like to stomp on the terra hard. I chop my beats by the cord and drop steel by the yard. Who knows where I’ll be I might turn into a vegetarian. I’ll keep to keep on slapping this funky ass shit even as anonagenerian. I’ve been dreaming about doing it like this ever since I was a kid.

It was the least shocking surprise We were all concerned that it would happen too soon The end for all of us is inescapable But its the when’s the wherefores and the whys That bring tears to out eyes It was the least shocking surprise I have almost been on the wrong side of it a few times before And I remember thinking about this very thing How will this look in other people’s eyes A shocking surprise, or not so much? Some of us fly too close to the sun Because we want to see when the wax will melt on out wings For others there is only darkness even in the sun And the nights are extra dark So much so that they can’t see that the light will come again Because it never does And wherever they go, their demons are always there And we who love them desperately want our love to be their light But they feel unworthy of our love so the can’t except it And their self-destructive compulsions both feed on the darkness And make them feel more unworthy of our love The darkness grows and the cycle continues And the harder we try the worse it can get Unless they choose to love themselves enough to take their chance At breaking the cycle A prerequisite to banishing the darkness I thought writing songs could do it Or letting you run what had been built Is it narcissism to think I ,IGTV have made things worse Or neglectful to discount the harm I might have done? It is the least shocking surprise But it still brings tears to my eyes I hope you’ve found peace I hope you’ve found peace I love you Goodbye 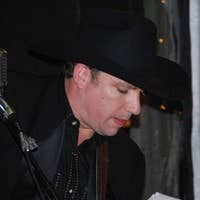 He has recorded 28 albums for Country Tick Records since 1997. Kenny has performed in Europe, Asia, and the USA. He has played in wine cellars and in mines, and he has played in a jet at 45,000 feet. He was the opening act for the Holmes Brothers in 2004 and has been featured on NPR. Brian J. Kenny currently resides in the California Republic. http://brianjkenny.com/bio/