And finally, a track that I wrote back in 2014 that never got a proper release but should get posted in its heavy guitar glory on a new album later this year.
Uploaded February 28, 2021 5:34am
View Track Detail Page… Track Details…
10
0
edit mark as spam
Breakdown [8-Bit]
Synaptic Disturbance
4:56

From RPM19 - this was the riff while writing that album that took the longest to mangle into a proper song, but eventually became one of my favorites from it.
Uploaded February 28, 2021 5:33am
View Track Detail Page… Track Details…
7
0
edit mark as spam
Taken Everyday [8-Bit]
Synaptic Disturbance
3:24

Brent wrote a song. A really good song. I asked for his session file. I replaced his drum and keyboard sounds and remixed things. I added a second guitar and some strings. I created an odd percussion track. Then I recorded my own vocals…
Uploaded April 10, 2022 5:23pm
View Track Detail Page… Track Details…
17
2
edit mark as spam
320
Synaptic Disturbance
3:43

Another one for the RPM2011 pile. Vocals are a bit shonky so apologies for that. If you don't like the start I would give the ending a try. If you don't like that either, I'm sorry to have wasted your time. The subject matter's self-explanatory…
Uploaded February 10, 2011 7:47pm
View Track Detail Page… Track Details…
125
5
edit mark as spam
Hog's Back (RPM)
A Bit More Better Productions
3:16

3rd one for RPM2011. This is an 'oh you'll never get to heaven' type affair inspired by a beer my mate introduced me too. The song is basically about drinking yourself to death and having one up on the healthy brigade having made a rather spectacular…
Uploaded February 8, 2011 4:18pm
View Track Detail Page… Track Details…
164
9
edit mark as spam
Spooncherry
Room 34
2:21

Love the clean guitar tone on this. Really sets the tone for the distorted section. Really good.

I like melodic twists and turns this one takes. It has an off-kilter/unsettling sort of atmosphere to it.

This has a nice crunch to it. The sound production on it is top notch as well (and louder rock is not easy to mix at all.) 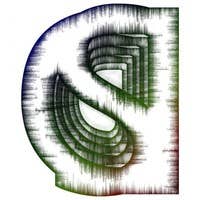 Computer science PhD/software engineer with a love of collecting, listening to, and making music. 2009’s RPM Challenge finally got me to go through with recording songs and getting them to something approximating a “finished” state; prior to that I had lots of things that were incomplete because I wasn’t happy with them or I couldn’t figure out how to finish them.

Expect a mix, because although I’m most into progressive rock and metal right now, I like and am influenced by mainstream hard rock, jam bands, fingerstyle acoustic, new age, jazz, blues, industrial, and electronica.

The Twitter link is for my personal account. I also set up one for the “band,” http://twitter.com/synapticdisturb .