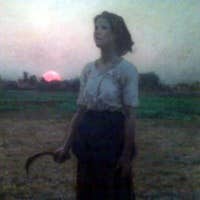 The complete “how to” article and online play back is on my blog http://chrisvaisvil.com/?p=404

Yesterday I was able to capture the Fractal Tune Smithy midi stream of an “on the fly” relay re-tuned performance in Sonar 8.5 by use of LoopBe1 which is a a free virtual MIDI Driver. The importance of this is that now I will be able to drive other software and hardware synthesizers microtonally inside of Sonar - thus being able to capture and edit the midi recordings - and also be able to drive microtonally synthesizers that are not natively microtonal within Sonar. The example piece of music has 12 equal Fender Mustang on the left channel, Strange Diatonic GR-20 guitar voice on the right channel, and a “Strange Diatonic” tuned Albino pad in the “stereo-wide” center channel.

Love the unsettling intro riff - strange but kind of compelling sounds throughout.

Sweeeet even though I do not fully grasp the concept, I love how it comes across in the mix. Very diverse sounds.

Sonar- nice use of software with many related tones and sounds!

However you did it this is beautiful!

has an almost slowed down crafty guitar like effect just more organized then that. pretty.