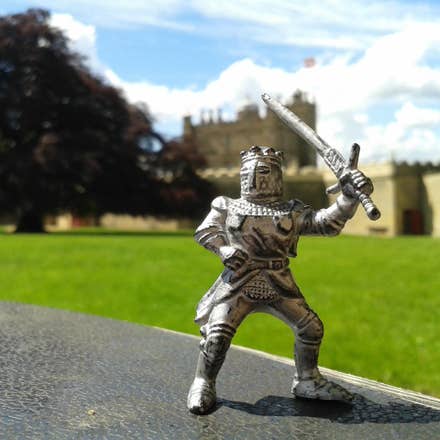 I wrote this little ditty back in May, did an acoustic demo and then played it to one or two people. I always meant to do something a bit more, er, “expansive” with the thing… So I stuck it in the corner for a bit and forgot about it.

Been recording this version on-and-off for a few weeks now. I had a certain amount of fun trying to play it and mix it to sound like the thing I could hear when I wrote it… This isn’t quite it – but it’s close!

Lots of Alice the Telecaster, an “SG” bass, and a bit of ham-fisted organ to muddy it all up in places…

Surrender - A A J Russe

She says - I like… so many things now, my head spins
She says - I thank you… that you did not take a thing
She says - it’s funny… did I really ask that much?
’Cause know she knows about surrender

excellent songwriting and vocals, and the guitar solo fits the track perfectly.

Love your sound and voice - am trying to get my recording equipment up together to improve my recordings - serious and comedic stuff - keep up the good work. G:)

Your original songs are the best ones. Great stuff, Andy!

This deserves another WOOF!

I am not now afraid to go naked, 5comets from here. loved the female backup voicings

Whoop! Much awesomeness here... love it! I couldn't help but sing harmonies to the 'She says' bit :)

Very well done. Especially like the vocals. The drums sound great as well.

Ooh I like when the band jumps in full force. Nice punchy mix. That is a nice throw back riff and solo at the outro.

Smooth yet lightly grungy, like hot sauce on egg salad -- delicious! Rock on!

Nice and tight. Very clean recording. Well done Andrew. It would be fun to hear the acoustic version.