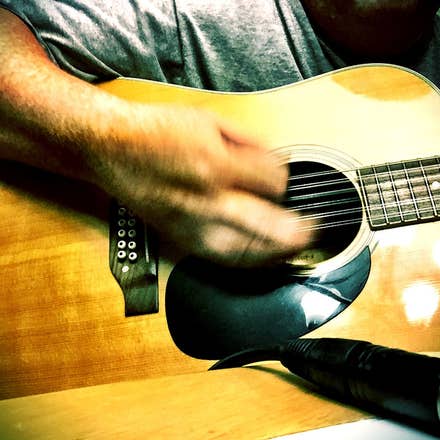 I had 10 songs in progress. Now that I have no more opportunities to record vocals between now and the end of the month I had to drop one of the songs. I felt kinda bad about it. Losing one of the songs ruins a gimmick I was working with. Each song on the NaSoAlMo project will be 10 beats per minute faster than the song before it. So if song #7 is dropped the gimmick doesn’t work, get it?

Today is Thanksgiving and we did not cook. I decided to take a few minutes and put together an instrumental song to take the place of the vocal-less song. It is pretty lame, but it works. This was written, recorded, and mixed all in one day.