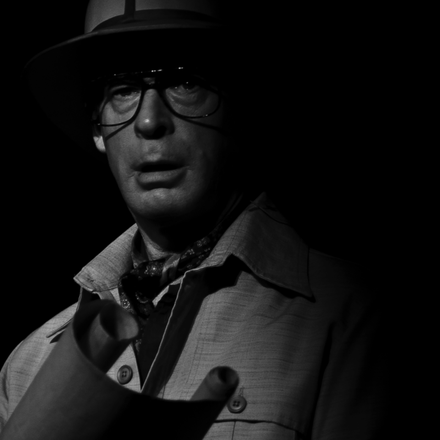 I find it to be quite beautiful and entrancing and I decided to render a few minutes of it for other people to hear.

What makes this experiment work so well is the beauty of Satie’s music and, in particular, it’s sparse nature. My brief experiment with phase shifting denser source material tended to come out a bit mushy. I plan to try again later and see if I can make that work better.

For the technically minded here’s some info about Reichenbach:

It’s composed of 3 granular sampler modules playing the same sample, with the same loop point, but at different speeds.

This is an updated version of the ensemble I used to make last nights upload. The phasing effects are more under control and subtle and the result is something more hypnotic than chaotic.

Future plans include adding LFO’s to control the speed of each loop so that they can move in and out of phase over time, modulation of amplitude of each loop (maybe with an LFO), variable loop points (LFO controlled), and perhaps variable EQ for each loop (at Sudara’s suggestion). I’m also interested in blending the sounds in different ways. Not sure how yet.

I plan to make the ensemble available in the Reaktor user library in due course. That would make it my first upload to the library.

Hope you like this. I’m enjoying having this playing in the background. And if you have any music you’d like me to experiment with using this approach let me know!

This is lovely - very Satie-like.

Much better the second time around. I feel good!!!

That's so relaxing! I'll keep an eye out for your library contribution.

This is so so so so oh so gorgeous...

This is wonderful. I think I could listen to this for hours. I used to spend a lot of time listening to Glass and Reich, thanks for reminding me.

yeah, this is awesome... I too could listen to this all day

Very soothing. I could listen to this all day... I might just try.