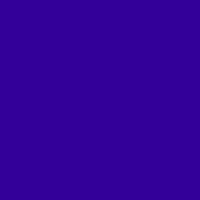 When I tweeted about maybe doing an Irish rap tonight, I wasn’t actually serious (though it has been on my todo list for a few years).

But I took a walk, and the idea of going for it stuck in my head. So I started developing it on the walk and got the first verse and first chorus completed (so if you saw someone mumbling to themselves like a mad person, that was me!).

So here’s the more complete idea. Though it ended up turning out way more like spoken word than rap. And complete with placeholder percussion!

And I realize that it should’ve been petrol, but petrol doesn’t half-rhyme with fast.

I love ya more than chocolate
More than pizza, more than carbs
And if you’d be mine forever
Well then
Yarrrrrrr

I’d never eat another twinkie
Another hoho, another piece of pie
Cause you’d be all I need baby
And that’s no lie

Still I love you like me brother
The one I want to kiss
I shouldn’t admit that so freely
Hey, this frankness is a gift

But maybe I’ll just text ya
And see what transpires