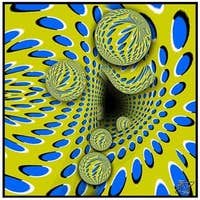 Caveat emptor: I did absolutely none of the drumming in this piece.

ANOTHER WORLD PREMIER! FIRST RECORDING OF THIS PATTERN - EVER!

My friend Kokou “Alex” Yemey delighted me with another visit this evening. He played “Aju” - all 5 tracks from memory (“I’ve heard it since I was a child”).

“Aju” is a name without implicit meaning, referring specifically to this pattern. West African, and specific to voodoo harvest ceremony held in the fall of each year, this song is publicly played every night from around 4-8pm for 1 month, after the harvest, in thanksgiving, by an animist tribe. It’s an ancient, traditional pattern. It is considered to be “classical”: the beats are well known and not to be altered. As far as Alex & I know, “Aju” has not been recorded before.

Traditionally, this pattern is performed by an all male percussion ensemble, to an all female dance squad. During the month of this celebration, the female dancers are confined to a fortified compound every night, and they speak in a special language that is used only during this month.

I had considered submitting this to Ramen Music, as it is indeed a treasure, but Alex did not feel that “Aju” was his to sell.

So sorry to hear of Alex's passing, God bless him and his family, Play on Alex, Aloha

RIP Alex. I am so happy I could share this with the world while you were with us. Hey world, when you evolve enough to appreciate this, enjoy!

this is good, i really like the timing of all these nice percussions. i was tilting the whole time.

Great beat nice one. And thanks for your recent comment.

As for playing with it, I would say, listen to the shaker. It's keeping a steady beat most of the time.

thanks for sharing this. It's great and also educational :)

This is so complex rhythmically that I don't know *how* to play along. I'm not sure if one should - it stands on its own - wow. This is a lesson here. Please send Alex my regards for his skill and sharing his cultural heritage.

Yes, I'm loving these great pieces from Alex - Fantastic! The recording quality has been excellent along the way as well.

I really love these, well recorded also,. BTW, I cant believe you didnt keep one of the kitchen cabinets on the drum room- those sounded awesome

Spirited playing. A lesson learned for me.

amazing playing! and when closing the eyes, it transports you there right way.. excellent drums!

This is great that he played this with the "tape" running! Can I use this? I would not alter it, as you mentioned it shoud'nt be.

SWEET!!!!! This are some Awesome Beats!

Wow, sharp shooting voodoo! What a treat! Thanks for sharing!