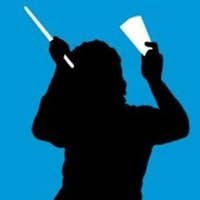 At a recent charity event held in my small town’s train museum, I was admiring a massive brass train bell when the curator walked up to me. I commented that a bell would really rather be heard then seen, and he agreed. I offered to digitally record it for the museum for free. Today I did that.

The Y-Class steam locomotive was built in my small town at our country’s most desperate hour of need: WWII - to get troops/equipment to war across our huge country which did not have airlines or interstate highways. Those days are a distant memory now and our train museum receives few visitors. I fear it won’t be long before this bell is in an unknown warehouse for eternity.

I told the museum that I would make an artifact recording for them for free.

I ripped off this track while I had the room to myself. Although I had applied several different mallets to this bell, it wanted to be played by hand. I accommodated it with the right power microphone inside the bell and the left at the outside rim.

Her resonant drone was mind-blowing.

I like to think that if I was the engineer on that steam engine delivering the goods across the nation through the dark night, across pastures with sleeping cattle, I’d be working that bell like this.

Oh yeah. I’d be working it.

I don't know how I missed this. Great stuff man!

Congrats!!! You have just won an M.T.C Music award!!! AWARD: Best use of a Y-Class Steam Locomotive Bell in a song

Norm, what a cool story behind this most excellent recording! Like The Reefwalker said.....Great Field Work!

Most excellent! Looking forward to another collab with you, sir. Will have tracks for you soon!

Beautifully and tastefully down for prosterity!

What a warm tone, nice job.

excellent field work my brother, I know you have other samples from this gem, send me a wav.

has a Pink Floyd ring to it!

this is what I'm talk about!! Rocking! So did your hands hurt hitting the metal?

Totally captivating and beautful. Did you polish it back up after man handling it? Wonderful recording.

YES! Man that bell sounds sweet! Love image of you working the bell as the train rolled on. The only bell I have is a tiny little tibetan bell...maybe I need to find a tiny microphone and work it! Ha ha