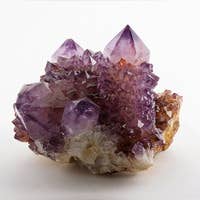 The World has Changed in 19 edo

Pictured about is my new 19 note per octave guitar which was used extensively for this piece. For more production information http://chrisvaisvil.com/?p=800

The text is from an interview with a Japanese woman after the 3/11/2011 earthquake and tsunami 3/11/2011 that struck me as an unusual observation:

Matsuko Ito, who has been living in a shelter in the small northeastern city of Natori since the tsunami, said thereâ€™s no getting used to the terror of being awoken by shaking.

She said she started screaming when the quake struck around 11:30 p.m.

â€œItâ€™s enough,â€ the 64-year-old while smoking a cigarette outside. â€œSomething has changed. The world feels strange now. Even the way the clouds move isnâ€™t right.â€

In Ichinoseki, lines formed outside a supermarket when it opened Friday morning. An employee with a flashlight escorted each customer around the store and jotted the price of each selected item in a pad.

â€œSomething has changed. The world feels strange now. Even the way the clouds move isnâ€™t right.â€

Hell yeah man have at it! If you need me to email you the files let me know. As for vocals I had my wisdom teeth pulled last friday so no vocals from me right now..might be able to drool onto the mic for a bit, but that's about it. ;)

The song makes me feel that the fake life I lead is still stranger then the real one that happens.

Most interesting, thanks for it. Your music fits the content perfectly and adds stirring atmosphere.